By Arunkumar Teegala
February 28, 2009
0
14
Drugs have been around since the Stone Age.  Archaeologists think that it may have originated from the Native Indians of South America.  Excavations from the South American continent revealed that the Native Indians smoked drugs to go into spiritual trance.  The drugs they were taking gave them an altered state of mind; men and women indulged in it with wild abandon.

All the illegal drugs – narcotics — that are available under the counter are addictive, dangerous and fatal.  Users of these drugs do so at their own risks.  According to a recent study by the UNO, the sale of narcotics generates 320 billion dollars world wide. Nearly 200 million people use illegal drugs, and among them 25 million are hardened drug users. 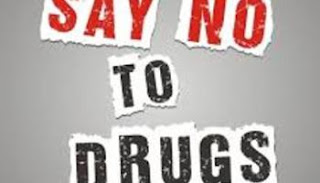 These illegal drugs are clandestinely manufactured and distributed in the black market all over the world.  They affect our brain, lungs, emotions, and our social behavior.  In other words, you will no longer be the person who you were before taking those illegal drugs.  In the brain, it affects the neurons that are responsible for sensory information and deteriorates them. The lungs of the user will be affected by constant cough and cold, phlegm, chronic bronchitis, and scars in the lung tissues.  Compared to the smokers, the narcotics users are five-times more vulnerable.  Women who smoke, especially those who are pregnant, are not only damaging themselves but also their child. Their babies are usually born with neurological disorders which will affect their normal functions in the future.

People from all walks of life – professional sportsmen and women, actors, students, career men and women, singers, and many others — take illegal drugs for all sorts of reasons: Curiosity, pressure from friends, Boredom, for fun, to experiment, rebellion, lack of love, etc.  To stop this dangerous habit, look at the reasons behind it and fix it.  If you can’t do it by yourself, receive help from others.  It is never too late to stop it, if you are an addict or a narcotic user.

Every year around 250,000 thousand people die due to drug use.  The governments across the world are spending billions to go after illegal drugs manufacturers, help and educate the innocent people who are affected,  prevent and battle illegal drug trafficking and the senseless violence and death it brings.
Share
Facebook
Twitter
Pinterest
WhatsApp
Previous articleDemocritus
Next articleSmall Companies