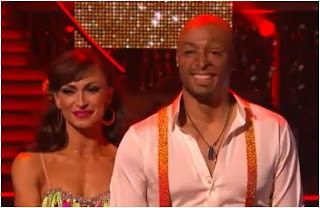 Dancing with the stars is a reality show with full of
excitement, this show is viewed by large number of viewers. This show airs on
ABC in the United States. The Contestant pairs consist of a celebrity paired
with a professional dancer. Past celebrity includes professional and Olympic athletes,
Super models, actors, singers, and teen heartthrobs. The show gets lots of
popularity that it runs for 13 seasons. And off course the performances of the
contestants will be decided by the judges of the show. And there will be a
anchor for the show. Since its premiere in 2005, Dancing with the stars has
been hosted by Tom Bergeron. For the first season, Bergeron was joined by the
co host Lisa Canning. The season from 2006-2009 the co host was Samantha
Harris. But the 13th season of dancing with the stars final which
was held recently on November 24, 2011 had declared the champions of this season
and the winners and champions of this season are J.R. Martinez and Karina
Smirnoff, by defeating Rob Kardashian, and Ricki Lake on the Second and third
places respectively. Len Goodman, Carrie Ann Inaba and Bruno Tonioli have the
three main judges since the premiere. Several former contestant have also
appeared as a Judge, either on a specific episode or replacing one of the main
judges in their absence, including Drew Lachey, Emmit Smith, Apolo Anton
Ohno,Helio Castroneves, Mel B, Kristi Yamaguchi, Gilles Marini and Kelly Obsbourne.
Other Celebrities’, most often those who are associated with the world of
dancing, have appeared as a fourth judge or in absence of one of the main
judges, including Michael Flatley, Baz Luhrmann and Donnie Burns.

Dancing with the stars returned for its 13th  season in 2011.JR MARTINEZ and Karina Smirnoff
, who was crowned as  the new champion of
“Dancing with the Stars,” visits “Good morning America”, November 23, 2011, and
were sharing about their memorable moments of the winning night of “DANCING
WITH THE STARS”. The Crowning night was full of emotions. The moment when they
were getting crowning is the most beautiful and memorable. The excitement of
winning couple JR MARTINEZ and Karina Smirnoff was at the high peak.

Karina Smirnoff whose
actual name is Karina Smirnova was born in January 02, 1978 is a Ukrain and a
professional ballroom dancer. She gains lots of fame through the famous show
DANCING WITH THE STARS. After a long struggle and competitions with strong
opposition dancers she finally became the Champion in season 13 of DANCING WITH
THE STARS. She had different companion in different seasons like she was
accompanied with Mario Lopez in Season 3, Billy Ray Cyrus in season 4, Floyd
Mayweather, Jr. in season 5, Mario in season 6, Roco Dispirito in season 7,
SteveWozniak in season 8, Aaron Cartor in season 9, Mike sorrentino in season
11, Ralph Macchio in season 12, and finally she accompanied with J.R. Martinez
who proved to be very lucky dancing partner for her. She is also a five time
U.S. National Champion, World Trophy Champion, and Asian Open Champion.

J.R. Martinez the companion of Karina Smirnoff was born in Shreveport,
Lousina in 14 June, 1983. He is an American actor, motivational speaker and
former U.S. Army soldier. He even played a role some day time drama named, All
My Children and he is also the winner of ABC’s Dancing with the stars in 13th
season. He was paired with Karina Smirnoff and this couple won the crown of
DANCING WITH THE STARS. J.R. Martinez had faced an incident; he sustained
severe burns to over 40 percent of his body while serving as a United States
Army infantryman in Iraq.  Martinez is a
very inspirational artist he didn’t give up even though he faces the deadly
incident. Karina Smirnoff and J.R. Martinez are the most dynamic couple in the
series for that quality they chosen as the winner of the show. But J.R.
Martinez gives all credit to his partner Karina Smirnoff but they make lots of
collective efforts to win the crown and to win the people’s heart.