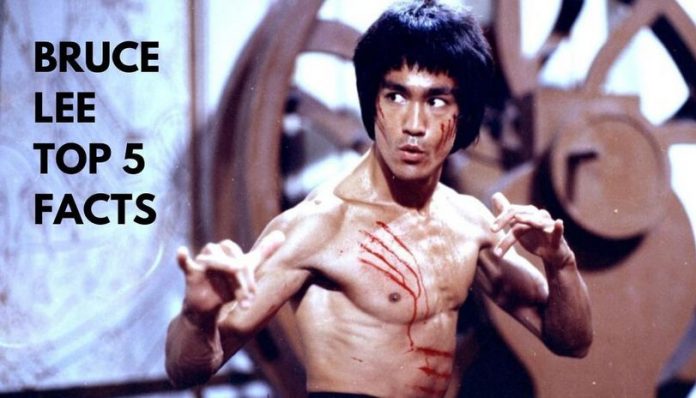 “If you’re talking about combat — as it is — well then, baby you’d better train every part of your body!” — Bruce Lee

Brief Summary :
Everyone knows that Bruce Lee was the greatest martial artist the world had ever seen.  His quick reflexes and lightening speed moves made everyone – from East to West –to sit up and watch in awe.  Such was his charisma.  Hitherto, there is none to replace him.  All the martial artists today are influenced bye Lee: Jim Kelley, Lee’s student and martial artist said, “Bruce Lee was master’s master”.

Kung Fu which was made famous by Bruce would have remained a secret with the Chinese if it was not for him.  It was him who broke the tradition and introduced Kung Fu to the west and everyone who wanted to learn.

Bruce Lee was not only the king of Kung Fu, he was also a Philosopher and master of personal development.  His wife, Linda Lee, in one of the interviews said, “People know him only by how high or how quick he can kick, they don’t know that he was also a philosopher”. Throughout his career as an actor and martial artist, he inspired everyone he met with his words of wisdom.  Here are some of his teachings that can be a source of inspiration to anyone:

* The key to immortality is first living a life worth remembering.”

•You think a thing is impossible, you will make it impossible.”

•Always be yourself, express yourself, have faith in yourself, do not go out and look for a successful personality and duplicate it”.

•A wise man can learn more from a foolish question than a fool can learn from a wise answer.

By the time he was in his twenties had accomplished more then the vast majority of martial Artists could accomplish in their life times.  He was a live wire, a man of steel-like determination, ready to forge ahead against all obstacles. He was a man with clear goals and ideas capable of outlining anything and giving an impulse to its realization.  In his book “Tao of Jeet Kun Do”, which he wrote when he was going through physical trauma for six month, he shares everything
he knew about his style, his thoughts, and his philosophy.

He was also a family man, a faithful and loving husband and father. His wife describes him as an angle sent to her and her family for ten years, though it was only ten, he lived a full life and achieved what he wanted.

His wife, Linda Lee and daughter, Shanon Lee are the only surviving family now.  His son, Brandon Lee died young while he was shooting a movie.

Bruce Lee’s death was so sudden and it took everyone by surprise.  The actual cause death was brain Edema – an allergic reaction caused by a painkiller, a drug he was taking to control pain.  All his life as a martial artist, he suffered from severe back pain.

This is what his students say about Bruce Lee:
Jesse Glover: “The power that Lee was capable of instantly generating was absolutely frightening to his fellow martial artists, especially his sparring partners, and his speed was equally intimidating. We timed him with an electric timer once, and Bruce’s quickest movements were around five hundredths of a second, his slowest were around eight
hundredths. This was punching from a relaxed position with his hands down at his sides from a distance between 18-24 inches. Not only was he amazingly quick, but he could read you too. He could pick up on small subtle things that you were getting ready to do and then he’d just shut you down”.

Bob Wall:  Bruce had the biggest forearms proportionate to anybody’s body that I’ve ever seen. I mean, his forearms were huge. He had incredibly powerful wrists and fingers, his arms were just extraordinary”.

James Coburn:  Bruce and I were training out on my patio one day, we were using this giant bag for side kicks, I guess it weighed about 150lbs. Bruce looked at it and just went Bang, it shot up out into the lawn about 15ft in the air, it then busted in the middle. It was filled with little bits and pieces of rag, we were picking up bits of rag for months”.

Taki Kimura:  If you ever grabbed hold of Bruce’s forearm, it was like getting hold of a baseball bat”.

Jesse Glover:  “When he could do push ups on his thumbs and push ups with 250lbs on his back, he moved on to other exercises”.

Bruce Lee’s physical feats:
Bruce’s striking speed from 3 feet away was five hundredths of a second.
Bruce could throw grains of rice up into the air and then catch them
in mid-flight using chopsticks.
Bruce did press ups using only 2 fingers.
Bruce could thrust his fingers through unopened cans of Coca-Cola.
(This was when soft drinks cans were made of steel much thicker than
today’s aluminium cans)
Bruce was able to explode 100lb bags with a simple sidekick.
Bruce would ride for 45 minutes (10 Miles) on a stationary bike, when
he’d finished, a huge pool of sweat was beneath him.
Bruce once caved in a protective headgear made from heavy steel rods,
rods that had previously withstood several blows from a sledgehammer