Amber And Depp’s secret engagement was caught by the cameras 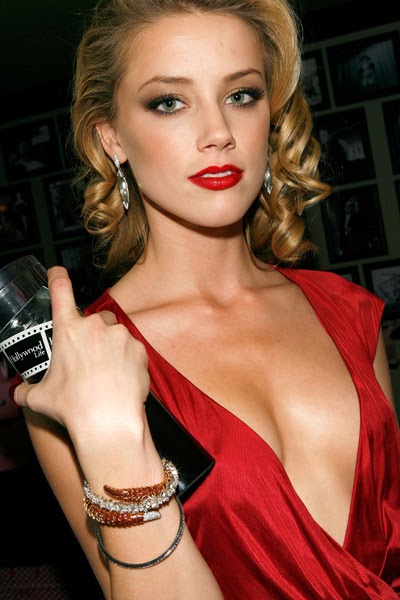 Amber Heard’s secret engagement with Johnny Depp has been caught by a photographer as she left West Hollywood’s Ago restaurant noticeably trying to cover up her left hand. Leaving upon the restaurant several hours later, the actress went to great lengths to cover her left hand as she waited for her car to be brought around by the valet. The engagement news of this gorgeous couple was even confirmed by the Celebuzz.  It is known to have happened on the Christmas Eve. It was confirmed strongly, when the stunning twosome finally made their official public red carpet debut as a couple the night before the Golden Globes on January 11, 2014 at the Art of Elusium gala in Los Angeles.

The 27-year-old actress was hesitated for awhile and really took her time to make up her mind. As she was previously in a relationship with the photographer Tasya van Ree for four-years, so it was difficult for her to make this amazing life-changing decision when it was right for her. And, this wasn’t the first time the 50-year-old big screen heartthrob asked her to be Mrs. Johnny Depp but had asked her apparently. Depp and Heard met each other on the sets of 2010’s The Rum Diaries and Amber, the stunning star joined her man on the promotional tour for movie The Lone Ranger last year, this past weekend on The Golden Globe Awards heralded their first official appearance as a couple. The Couple began dating soon after the actor split from partner of 14 years.
Johnny has been married once before to makeup artist Lori Anne Allison from 1983 to 1985. He’s previously been engaged to actresses Jennifer Grey, Sherilyn Fenn and Winona Ryder, and had a talked-about four-year relationship with supermodel Kate Moss. He then dated French actress and singer Vanessa Paradis for 14 years. The couple had not tied the knot in their 14 years of relationship and the former couple of 14 years remain devoted co-parents to daughter Lily-Rose, 14, and son Jack, 11, who live with their mother. They split up in June 2012.
The star had drawn more attention by the media as she made a big show of covering her fisted left hand with her other hand. She accidentally flashed the huge platinum-set diamond bauble as she shielded her eyes from the flashbulbs, seemingly forgetting she was wearing it. Everyone around was talking about her sparkling new accessory, which appeared not to have been properly sized yet as it slipped around slightly to the side. Amber Laura Heard was born on April 22, 1986 in Austin, Texas. She is an American Actress and a model who made appearances in various TV shows, films and two music videos. Her father, David, is a contractor, and her mother, Paige is an internet researcher for the state. John Christopher “Johnny” Depp II is an American actor, film producer, and musician who is known to have won the Golden Globe Award and Screen Actors Guild award for Best Actor. The speciality of his is that he comes up with the new challenging role in each of his film and some of his films which were box office hits are Sleepy Hollow (1999), Charlie and the Chocolate Factory (2005), Alice in Wonderland(2010), Rango (2011) and the Pirates of the Caribbean film series (2003–present).