The song is performed in Hindi, Bangla and

Sinhalese. In Hindi, the song is sung by Shankar Mahadevan, sung by Raghab Chatterjee in Bangla and by Ranidu Lankage in Sinhalese, as a

total depicting the languages of all the host countries. Universal
Music  has the world-wide rights to release the album around the world on 10th Feb-11.

The album is led by the foot-tapping and infectious official World Cup song of the same name by Bollywood music directors, Shankar-Ehsaan-Loy. The rest of the album consists high-energy mix of international hits from the likes of Enrique Iglesias, Black Eyed Peas, Rihanna, Lady Gaga as well as artists providing a local flavour, such as AR Rahman and other big Bollywood hits.

All participating teams are threats for  – MS Dhoni: 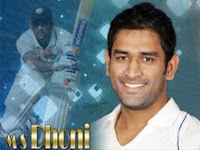 Indian skipper MS Dhoni said, ” All participating teams are dangerous as far as threats to Indian team are concerned. It is very important to bank on your strengths rather than thinking too much about the conditions and opposition. i think all the teams will play with their best bowling attack with fast bowlers or spinners. But team with a quality spinner in the squad, will definitely have an edge over other teams.”
As part of preparations,  will play two warm-up matches, one against  at  on13th Feb and other against at Chennai on 17th Feb.

After earning a surprise call into the Indian squad for 2011 Cricket World Cup, Piyush Chawla said that Indian spinners would be under immense pressure to perform at the mega event with home playing conditions.  he also hoped that they would stand up to the expectations as he will share the spin attack along with Harbhajan. The UP bowler so far has played 22 One day international matches all in foreign countries.He also played 2 test matches and said that he would relish the opportunity to play for India in front of Home crowd for the first time in a limited overs match. 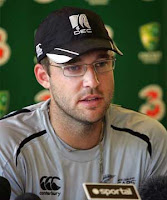 Umpire Decision Review System in Wold cup 2011:
International Cricket Council (ICC) has revealed its intentions to use Umpire Decision Review System (UDRS) in the upcoming 2011 cricket world cup. ICC plans to use UDRS  in the semi finals & final match of the world cup. But as per latest reports, it is learnt that this is going to change and UDRS will be introduced as early as Quarter final stage of the tournament.    More…. 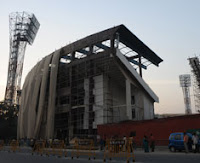 Bangalore confirmed as venue for India Vs England Match
The ICC confirmed its decision to relocate the venue for the India v England match in the ICC Cricket World Cup 2011, which had been originally scheduled for Eden Gardens in Kolkata on 27 February. It will now take place in Bengaluru on the same date.
More…